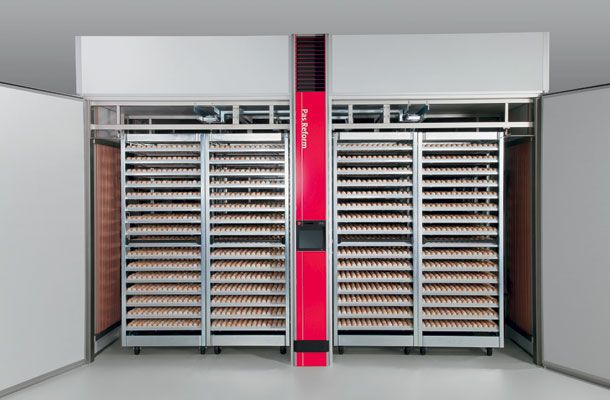 Stuck recently at Mumbai Airport because of the volcanic ash cloud, I found myself thinking about how, during my visits to so many different hatcheries, certain aspects of incubation remain a recurring point of discussion. One such point is the impact of under-loading setters and hatchers, which can cause problems if the less than full machine is not loaded “in balance”.

I recalled visiting a customer’s hatchery, where the hatchery manager took me to the setter room, explaining as we went that in some machines, although egg shell temperatures in one section were good, the temperatures in another section of the same machine were too high. We entered a setter containing 17 day old embryos and immediately I noticed one completely empty section, although all the other sections fully loaded, each with four trolleys. On measuring egg shell temperature in the section opposite the empty one, I found an average of 102 ºF, with more variation than normal. Temperatures in the other loaded sections were fine.

I explained that the imbalance in the way the machine had been loaded was having a negative effect on air flow. To restore balance and optimize air flow, we moved two trolleys towards the ventilator-side of the opposite section. Several hours later, when we measured shell temperature again, we found normal values in all sections of the machine, which would definitely improve chick quality and help to reduce the hatch window.

Similar situations have occurred in other hatcheries, irrespective of incubator brand, in both the setters and the hatchers. In a hatcher, when baskets are stacked higher on one side, it is easier for the air to circulate on the side with fewer or no baskets, where resistance is much lower. In this scenario, air passes less effectively through the baskets with the heat producing embryos, resulting in an overheated micro-climate. Careful observation during chick take-off will reveal reduced chick quality, or in the worst case, baskets with a higher incidence of unhatched eggs.

For optimal results, machines should always be loaded according to the manufacturer’s instructions. When machines are fully loaded, there is little room for mistakes. But when machines are loaded at less than full capacity, it is important to consider the flow of air - which in the daily practice of the hatchery means loading both setters and hatchers in a balanced pattern, to give each embryo an equal opportunity to thrive.