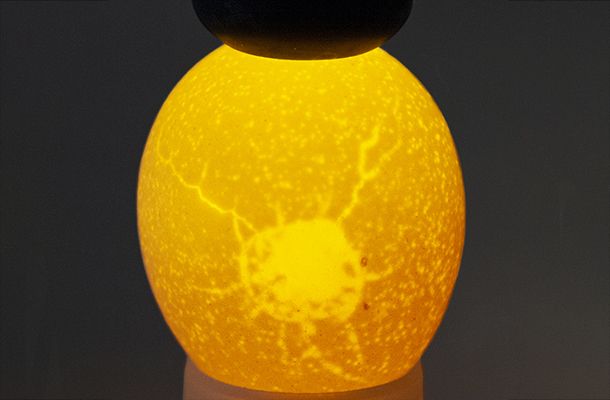 Egg quality is a very important part of incubation. And, as we often say, bad input equals bad output. We simply cannot create good quality chicks from poor quality eggs, as one of my recent hatchery visits proved.

While looking at the transfer, I noticed that one flock in particular had a lot of clears, even though this was a prime flock! The hatchery manager said this flock was known for having lots of clears, but when I asked whether they knew why, there was no answer.

So, I placed myself at the end of the conveyor belt that takes away the clears, and played a game of catch the egg during the drop towards the hopper. Many of the eggs I caught had hairline and/or star cracks. This required further investigation of the fresh eggs coming from the breeder farm.

The farm from which these eggs came was relatively new; this flock was the first round in this barn and neither the owners nor the personnel had any previous experience with poultry. So, while it is easy to look at the eggs and draw your conclusions, we all know that being completely new at something is always hard. As we discussed this, the opportunity was presented to go and visit the farm. While incubation specialists often go to hatcheries, they do not always get the chance to visit breeder farm, so of course I jumped at the chance.

As we made our rounds through the different barns, we applied the same rules that I often tell our customers: keep your eyes, nose and ears open, and your brains switched on! And of course, if you spot something, don’t be afraid to get your hands dirty. Only one of the basic five senses is left, but when it comes to breeder eggs and day-old chicks, I prefer to skip the tasting part!

This easy trick saved us a lot of time as it immediately pointed us in the right direction. While standing in the barn, our ears picked up the familiar sound of eggs colliding. We walked towards the source of this sound: the laying nests. As the eggs rolled down towards the conveyor, they picked up so much speed that they collided into the edge of the conveyor. This was probably where the hairline cracks were being formed. Later on, when we took a look at the point where the eggs left the barn conveyor and were passed onto the central egg conveyor, we heard even more noise. Here, we saw that the eggs were forced to make a small jump before landing on the central conveyor, leaving a star crack. By slightly raising the central conveyor, the eggs rolled gently without any problems. So, by making a couple of simple adjustments, the incidence of hairline cracks decreased from 3.1 to 0.7% and both the breeder farm owner and the hatchery experienced a change for the better.