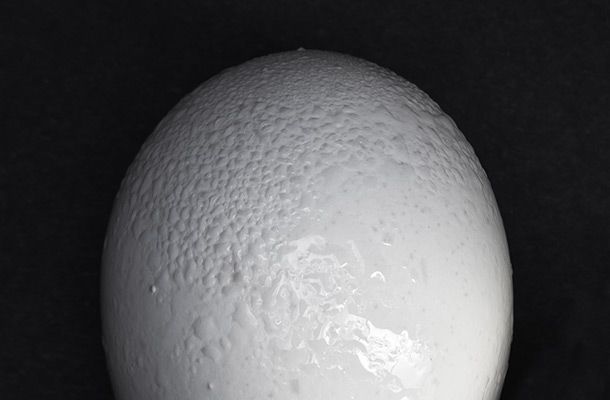 When I’m involved in the Hatchery Management Training I often mention that hatching is 'looking, listening and smelling', even though sensor technology is gaining popularity. I say this to encourage young hatchery managers to sometimes get out of their hermetically sealed office and take a slow, attentive walk through the hatchery.

Since a visit to a small hatchery in Asia to discuss switching from multi-stage to single-stage incubation, I know that it’s worth being on 'smell alert' even before entering the hatchery. On opening the car door, the pungent smell of ‘exploding’ eggs was immediately noticeable. So, after taking the compulsory shower, I headed straight for the egg arrival area to identify the underlying cause of the stink. But there I found the opposite of what I had expected: very nice and clean looking eggs. So, what was the cause of the smelly welcome?

In the egg storage room, the temperature was normal (18 °C) but the relative humidity was extremely high (93 %RH). Wondering about that, I noticed immediately that the floor was very sticky and that the eggs felt ‘greasy’. The hatchery manager pointed to a jerry can hanging under the egg cooler and explained that they had started spraying three times a day with a quaternary ammonium solution to decrease the incidence of exploders. However, he continued, this hadn’t helped – things actually seemed to be getting worse and hatchability was even declining! He explained that one of the reasons he wanted to switch to single-stage incubation was because he was unable to clean up the mess caused by exploding eggs in the setters. While I agreed that this is a disadvantage of multi-stage incubation, I pointed out that simply switching to single-stage would not address the underlying cause of the exploding eggs.

I advised the manager to stop spraying the eggs with ‘quats’ immediately as the greasy layer blocks the eggs’ pores, which hampers gas exchange and reduces egg weight loss. We needed to work out how and where the eggs were being contaminated with bacteria like Pseudomonas. We started by randomly sampling trays and candled eggs to check for hairline cracks, as these could form a point of entry for bacteria, but found almost none.

Next, we tackled the crucial question: Is there a point between the breeder farm and the hatchery storage room where eggs get wet? This would be when bacteria could enter the eggs, as water acts as a transport medium for bacterial penetration. The manager admitted that when the truck was unloaded at the hatchery the eggs often felt moist or damp, but he’d never paid much attention to this as the eggs soon dried. It turned out that the eggs were kept overnight at the breeding farm in a cold store at 17 to 18 °C and were not loaded onto the truck until mid-morning when the outside temperature was already high. This, combined with the high relative humidity, would explain why water was condensing on the egg shell, generally referred to as ‘sweating eggs’. I suggested raising the temperature in the egg store at the breeder farm to 21 °C and collecting the eggs earlier in the morning while it was still cool.

The manager mailed me a few months later to say that since taking these steps the number of exploders had decreased dramatically. In the meantime, he has also started using the setters for single-stage incubation and is pleased with the hatchability and chick quality results.