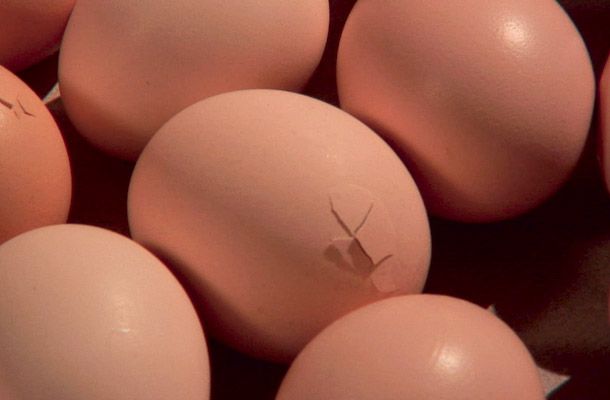 During a long, intercontinental flight recently, I found myself contemplating one of the first visits I ever made to a customer hatchery for Pas Reform, somewhere towards the end of 2003. I had just accepted my new position - and this visit was to a client in Asia, where they had very recently made the change from multistage to single stage incubation.

When I arrived, the hatchery had already processed several hatches with their new single-stage equipment - and I received an enthusiastic welcome. One person said hatchability had increased by five per cent, with another citing an increase of as much as seven per cent. Importantly, they were very happy with the quality of the chicks, having previously found substantial variations ranging from dehydrated chicks with long wing feathers, to chicks still being wet at the moment of pulling. After the switch to single-stage incubation, they found the chicks much more uniform in appearance. In those days, the term "hatch window" was not widely used. Today, we would describe their observations as the result of a reduced hatch window.

When asked if they knew how many hours before chick take-off the first chicks usually hatched using multi-stage incubation, I was advised that relative humidity in the hatcher spontaneously rose above the fixed set point of fifty-three per cent around 4.00 – 6.00 p.m., two days before chick take-off, which was routinely started at 6.00 a.m. At the point of chick take-off, some chicks were usually still  freeing themselves of their shell, while others were still quite wet. However the hatchery could not afford to wait any longer to pull the hatched chicks, as this would cause too much dehydration in those that hatched first.

Based on these observations, I calculated a hatch window of around 36 hours and over. However with single-stage incubation, relative humidity increased spontaneously at around midnight, 6 – 8 hours later than before. And at chick take-off, virtually all the chicks were dry, with no signs of dehydration. This indicated a hatch window of approximately 24 hours, taking into consideration an allowance of 6 – 8 hours for just hatched chicks to dry.

A few years later – and based on the hatchery's earlier experience and results with single-stage incubation - the same integration opened another hatchery with new generation, modular single-stage machines. Here I met a very serious, relatively inexperienced young hatchery manager, who was eager for tips to get good results. Our agent and I agreed to invest some extra time in training him, giving him detailed, step-by-step instructions against which he made careful notes.

My first advice to him was that he should not focus solely on high hatchability, but also on achieving uniform batches of high quality, day-old-chicks - as uniformity is a prerequisite for optimal management in the broiler farms.

To achieve uniform batches, I advised him to set eggs with as similar a background as possible. Combining short stored eggs and long stored eggs, or eggs from both young and old breeder flocks together, will lead to greater variation in the chicks hatching from these eggs. He asked me how much difference in storage time and breeder flock age was acceptable, to which I replied three-to-four days and five weeks respectively, for the period in the setter. However, during transfer to the hatcher, he should try to keep the batches of eggs separated as much as possible. When the batches of eggs set in one setter differed too much in background, he could, I explained, select different temperature set points per section, to gain back some of the lost uniformity. I also explained that preheating the eggs in the setter prior to incubation, e.g. five hours at 77ºF (25ºC), would help to start the incubation process for all embryos more equally, which ultimately would lead to a shorter hatch window. There was no need to explain the importance of uniform temperature distribution, as this had been an important deciding factor in choosing the supplier of equipment for this new hatchery.

According to the information I received, this hatchery manager regularly achieved a hatch window of 12 – 18 hours. The management of the integration praised their young manager for the good, uniform chick quality he delivered from this hatchery. Their chicks made a very good start in the broiler farms, with 7-day body weights typically way above target. This translated into an improved feed conversion ratio of 4 points - which in a setter of 115,200 egg places (17 cycles/year), with 85% hatchability, 95% liveability and a delivery weight of 2.2 kilograms, equals 139,164 kilos of feed saved per year.