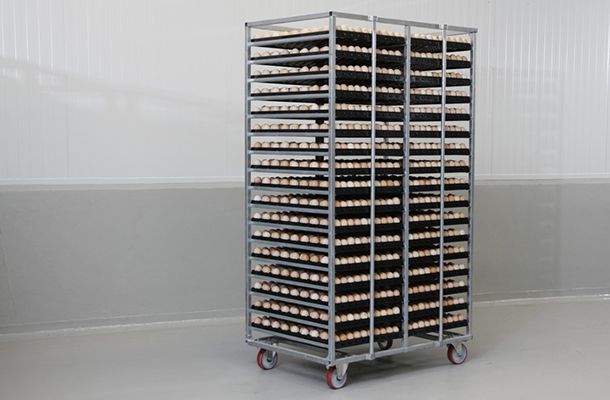 On-farm hatching is now fairly common in some countries. It requires eggs to be transported from the hatchery to the farm at 18–18.5 days of incubation and they must arrive on the farm before external pipping starts. The embryos need to be kept vital during transport to ensure a good hatch on the farm. The eggs must have sufficient oxygen; shocks and jolts must be minimised; and the temperature must be controlled.

This raises the question whether we can simply apply the same set point temperature in the truck as in the hatcher, which is approx. 36 °C (97 °F). We could indeed do this if air speed over the eggs were similar, but we can assume this will not be the case. In the temperature-controlled truck, depending on its design, air speed will be lower, as will be the uniformity of air speed.

18-day old embryos produce approx. 170 – 180 Watt of heat per 1000 eggs. To avoid embryo temperature becoming too high, this heat has to be removed by circulating cooler air. The graph below shows that the lower the air speed over an individual egg (e.g. 0.5 m/sec as opposed to 2.0 m/sec), the greater the difference between the temperature of the egg shell and that of the circulating air. In other words, at a constant air temperature, eggs exposed to a lower air speed will be warmer than eggs exposed to a higher air speed. Moreover, air speed will not be the same over all eggs in the load. The graph also shows that the uniformity of egg shell temperature will be more negatively affected by variation of air speed in the lower air speed range. To make matters worse, it is most likely that the air flowing over the eggs will not be at a constant temperature, especially when air speed is low, and as a result hot spots are likely to develop. 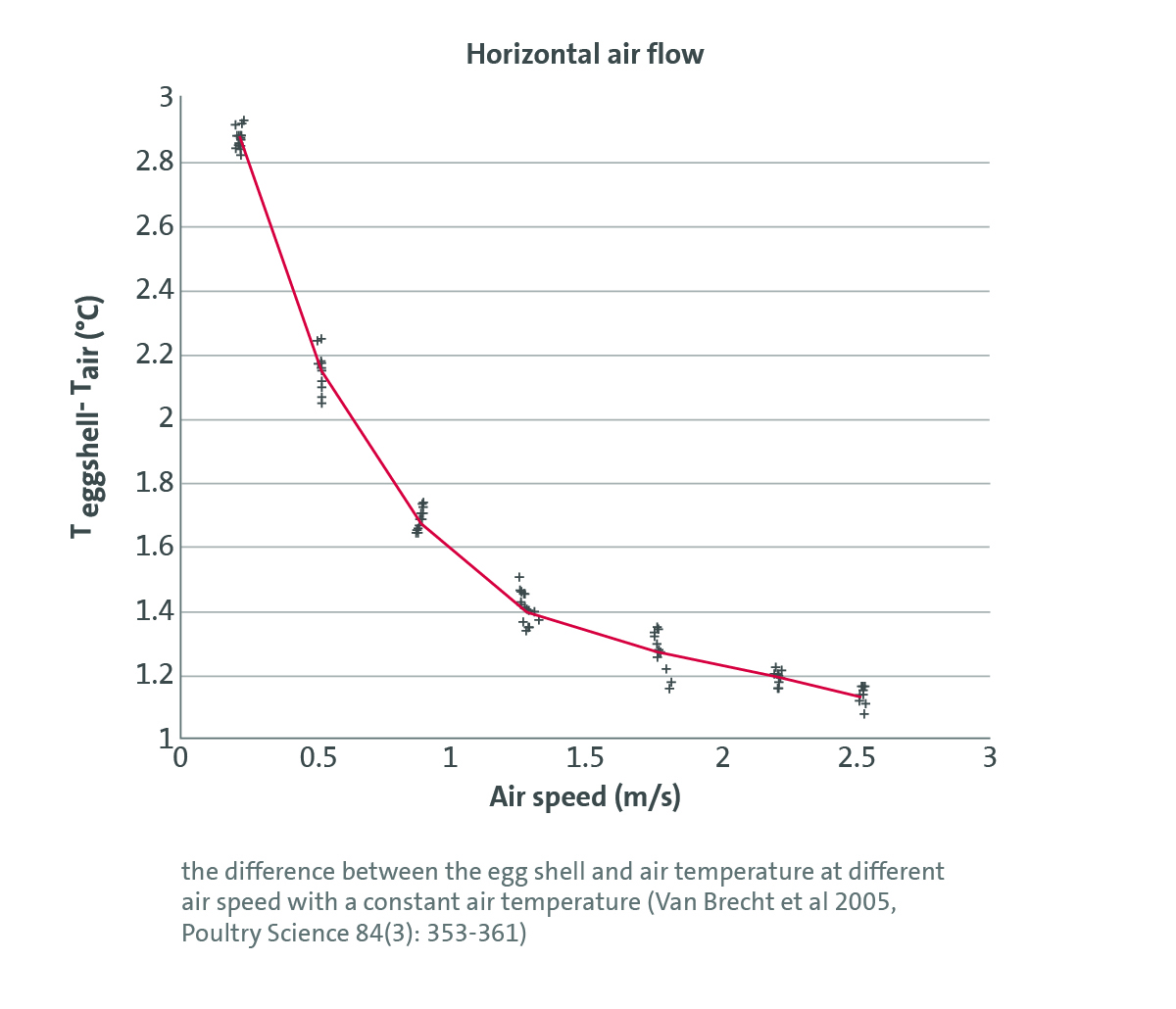 Note, however, that air speed over the eggs depends not only on truck design, but also on how the eggs are transported. Eggs on setter trays in spacious trolleys can be transported at a higher temperature than eggs that are tightly packed together.