Assuming that ‘anything' is possible in the hatchery 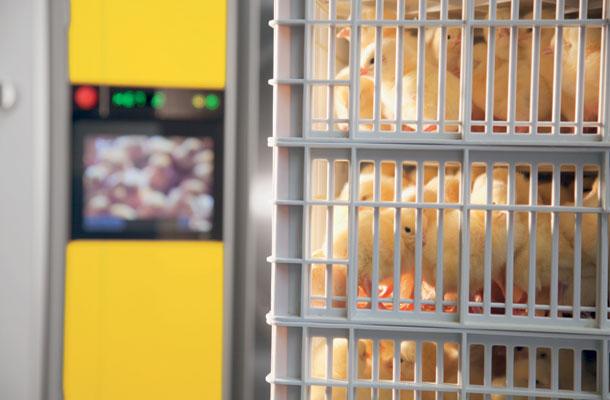 From time to time, a customer describes a problem that at first seems “impossible”. However over the years, I have learned that ‘impossible’ is rarely, if ever, the case – and thorough investigation will usually identify the cause of the problem.

I remember a case when a customer had complained that, although the chicks from his single stage machines looked fine and hatchability was excellent, the chicks were not performing well in his customers’ broiler houses. This was in contrast to the performance of chicks from the hatchery’s traditional, locally produced multi stage machines, which were performing as normal.

During a visit to the hatchery, I could at first find little if anything wrong, especially not in the egg handling room and setter room. With no previous experience of single stage incubation, the hatchery manager was using our Incubation Guide for reference which, he explained, had helped him considerably in getting used to the concept.

As our investigation continued, we looked at the hatcher. Here I found something that was a concern: temperature was in my opinion set far too low. This, it transpired, was based on previous experience, working with the traditional machines, which were dependent mainly on air-cooling.

It was not, I explained, a good idea to assume that a set point working well in a particular brand of incubator will automatically do so in another type of machine. With this caution, I advised him to  increase the temperature in the hatchers to 98 ºF.

The next day, we visited several broiler houses with chicks of one week old, maximum. Here indeed, the chicks were very inactive. Many of them were lying down with their necks stretched out. Clapping my hands produced almost no reaction from them.

Temperature measurement in these houses revealed that brooding temperatures were higher than normal. This explained the chicks’ inactivity, resulting in low feed intake and accordingly poor performance. The farmers said they did everything as they normally did, when receiving chicks from the old machines.

In general, traditionally incubated chicks are exposed to warmer conditions during the maturation phase of incubation. Consequently, chicks incubated in this way are more comfortable with higher temperatures on the farm. In the single stage incubator, however, chicks hatch at a lower temperature and therefore are more comfortable if the temperature in the broiler farm is reduced by several degrees centigrade. This was especially so in this case, where the temperature set point in the hatcher was also lower than recommended.

Farmers due to receive chicks from this hatchery later that week were informed accordingly and indeed, I was later advised that the performance of chicks from the single stage incubators had improved remarkably and they were behaving normally and actively in the broiler houses.