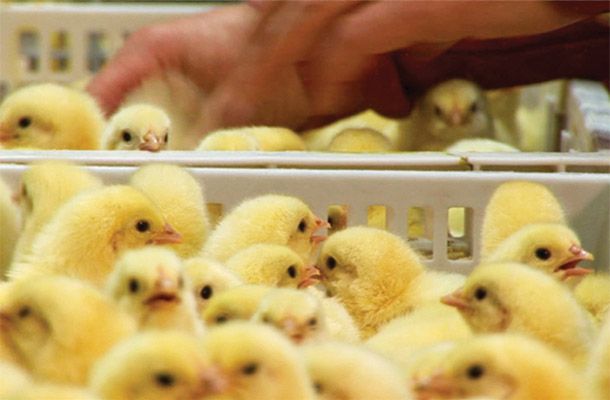 As a travelling consultant it is not uncommon to visit customers who also receive recommendations from other advisors. This can be useful, especially when the consultancy covers different fields of expertise. It is less productive however, when recommendations are contradictory or provide conflicting advice.

The customer is left confused and without clear direction for how to proceed.  A cooperative approach, whereby individual consultants each contribute from their own  expertise to a total solution, is always more fruitful.

In one case that I recall, broiler farm mortality was too high. The resident consultant linked this to incubation temperature being too high, combined with pulling the chicks too late. On his advice, temperature was dropped during the final days of both setting and hatching. Yet mortality remained high and in fact began to rise.

Before implementing a second drop in temperature, the hatchery manager invited me to review the situation. On attending a hatch, we found per hatcher basket four or five living chicks still partially inside the eggs and many chicks with thick bellies and poorly closed navels. Measuring shell temperatures in several setters confirmed that incubation temperature was already too low. I urged the hatchery manager to return to the original settings, because with poor chick quality continuing, mortality would certainly remain high.

Meeting with the resident consultant, the hatchery manager and the broiler farm manager together, we discussed at length possible reasons for increased farm mortality.  It transpired that mortality was not only high during the first week, but remained high every week until slaughter. This made it even more unlikely that the hatchery was the source of the problem.

Eventually, as we continued to explore factors that could be contributing to the situation, the consultant mentioned that there had been a problem with Aspergillus in the broiler houses. The more we talked, it became clear that Aspergillus infected floor litter in the broiler houses was the most likely reason for ongoing mortality: a result of poor conditions for the storage of the wood shavings.  By combining our individual expertise, we had found the cause of the problem and could now take action to remedy high mortality on the farm.

Several weeks after my visit, the hatchery manager reported to me that chick quality had returned to normal levels and farm mortality during the first 10 days was below 1%. The supplier was treating the wood shavings before transportation to the farms and storage conditions had improved.