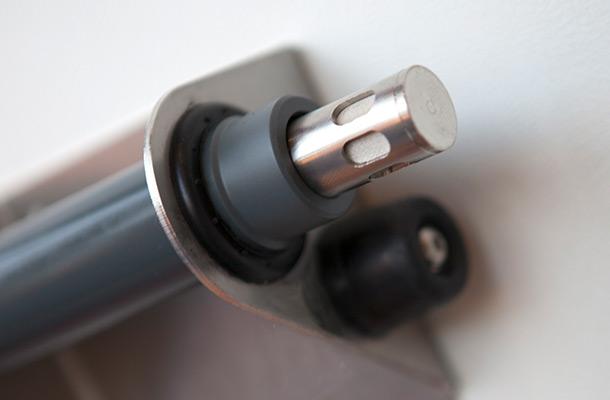 We expect incubators to function 24/7 without disruption - and with the highest levels of accuracy from the sensors in particular, on whose outputs the hatchery manager relies for many years.

However as a result of age or the accumulation of dirt, sensors do become less accurate over time and their read-outs need to be routinely checked against a control: a certified reference sensor. This reference check of the sensors installed in hatchery equipment is an essential component of good, preventive hatchery maintenance.

The calibration procedure is part of approved good-practice hatchery protocols, which provide an assurance of (1) standardized environmental (temperature, airflow, etc) conditions and (2) standardize the physical position of both the certified calibration sensor and the sensor to be calibrated to optimise performance.

If, during calibration, the output of the hatchery sensor deviates too much from the certified reference value, then the sensor needs either to be replaced or returned to the supplier for validation. In a few cases, especially for sensors applied in pressure control systems, readouts can be adjusted using a ‘zero adjustment knob’.

The accuracy of the reference sensor’s readout is determined by an official, accredited certification body or institution. All sensors used for reference and calibration must be accompanied by the relevant official certification.

Always take your time when calibrating incubator sensors and read the manufacturer’s instructions carefully.  Be aware that there could be several reasons for a difference between the readings of individual temperature, carbon dioxide and relative humidity sensors and their reference units. To achieve accurate calibration, follow the advice below: