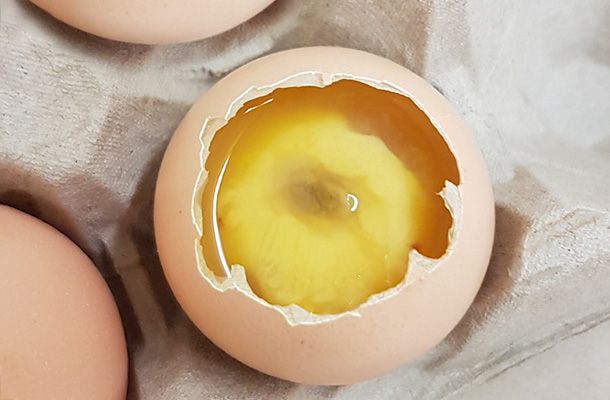 Only fertile eggs result in chicks. However, the hatchery manager has no direct influence on egg fertility, and can only utilise the potential created on a breeder farm. This potential, which can be utilised to a greater or lesser extent, is expressed technically as Hatch of Fertile (HOF). As the identification of infertile eggs by candling is not very precise and removed ‘clears’ may also include eggs with embryos that died in an early stage, the term Hatch of Transfer (HOT) may be more accurate. This expresses the efficiency of the hatchery process and can vary greatly.

A HOT between 90% and 96% is considered good, as long as the very early mortality is low. For a high HOT of 96%, the remaining 4% embryo mortality would under normal circumstances be roughly divided 50:50 over the first and last week of incubation. These proportions can change dramatically if the HOT is lower. The break-out of unhatched eggs (including clears) gives information about the phase in which embryos die. This allows conclusions to be drawn about possible reasons for the mortality and any possible corrections that might be needed.

The first question, therefore, is: Did the embryos die in an early or late phase?

The first task when analysing clears is to separate the true infertile eggs from eggs in which the embryos died in an early stage. The fate of embryos in the first week of incubation is mainly determined by temperature issues, such as a suboptimal temperature or rate of temperature increase or a nonuniform temperature distribution, leading locally to extreme values inside the machine. Humidity and air supply play a limited role in this phase.

Late embryo mortality is much more complex. The fact that embryos reach an advanced phase is promising and improves their prospects. Embryos die late due to exhaustion as a result of prolonged overheating in the exothermic phase (after day 10 to 12), or due to insufficient development resulting from a permanently low temperature. Another reason can be insufficient or nonuniform ventilation during the final days of incubation.

Large temperature differences within a setter may be caused by excessive humidifier, cooler and heater activity. This can happen if the programmed set points are technically difficult to reach for the incubator, or as a result of incorrect physical air supply parameters, imbalanced supply and exhaust pressures or inefficient internal air mixing.

The phase of gut absorption (days 16 to 19) and yolk sac absorption (day 20) helps to identify the moment that the embryo died. The cause of the mortality, however, usually occurs much earlier. For example, fully developed embryos can ‘drown’ in the shell at the internal pipping phase due to insufficient egg weight loss during incubation.

All embryos in the hatcher are in their late phase, and therefore highly sensitive to overheating and a shortage of oxygen. Hatching takes several hours and requires a balance between good ventilation and a comfortable environment, both for the hatched and the as-yet unhatched chicks.