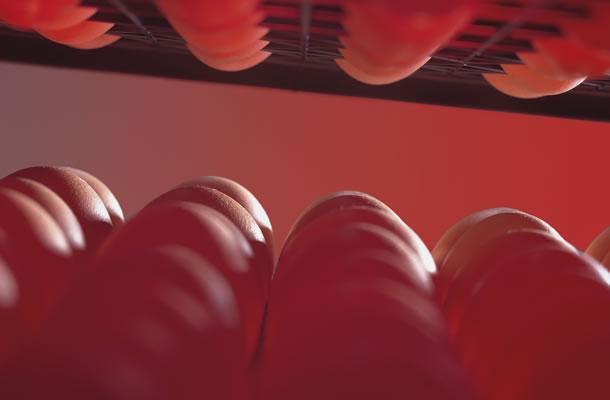 The key parameter for achieving optimum embryonic development is embryonic temperature, represented by the temperature of the egg shell.

Egg shell temperature is determined by a combination of the metabolic heat produced by the embryos and the climate (temperature, air flow, humidity) surrounding the eggs. In the early phase of embryonic development, very little metabolic heat is produced and the air surrounding the eggs should be heated to keep egg shell temperature at optimum levels. But towards the end of incubation, the production of metabolic heat increases - and this heat must be removed by cooled air flowing over the eggs to avoid the risk of overheating the developing embryos.