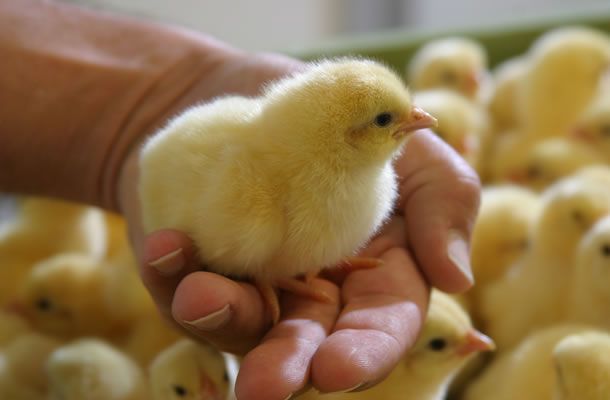 Several months ago, I visited a hatchery that was part of one of the larger poultry production integrations in Europe. It was our first meeting, and as such, I expected discussions to be slightly guarded.

Hatchery managers - and others who are ultimately responsible for commercial results - are often reluctant to speak about what is really going on in the hatchery, let alone to speak about any particular problems or to allude to suboptimal results in hatchability or chick quality.

As anticipated, our meeting began fairly typically, with the hatchery manager telling me that everything was okay and results were fine. Hatchability on average was running at a respectable 82 per cent.

But then I started asking more detailed questions about the quality of the day old chicks: Do you ever see red hocks in your chicks? Do you sometimes observe sticky chicks, big bellies, or red dots on the chicks’ beaks? In other words, was the reality in fact that sometimes chick quality was indeed below expectations?

With more direct questions, our customer began to speak a little more freely. Yes, he had indeed sometimes observed a larger number of red hocks and badly closed navels in his day old chicks. So I asked if I could see the single stage incubation programme the manager was using. He was surprised: “Why, can you solve this problem by adjusting the incubation programme?” Because a high percentage of bad navels was one of the primary reasons for discarding day old chicks, and therefore very costly, now he really was willing to talk.

First, I suggested we look more closely at the two problems that this hatchery manager had observed from time to time: a high ratio of chicks with badly closed navels, or a high percentage of red hocks.

While severe cases of badly closed navel cause chicks to be discarded, other losses can and do often result from infection, as bacteria can be introduced through the unhealed navel. Badly closed navels are often linked to chick losses as a result of yolk sac infection, commonly caused by E. coli and other pathogenic infections.

There is little published evidence on the relationship between day old chick quality and leg problems in young chicks. But logic dictates that chicks with suboptimal leg condition will naturally be less mobile - and therefore less likely to visit the feed pans as much as chicks with good legs. Research undertaken by the Pas Reform Academy, in collaboration with Wageningen Agricultural University has, however, found that red hocks in day old chicks lead to a higher incidence of leg problems in broilers at 40 days of age.

This adjustment alone led to a three per cent increase in the number of saleable chicks, mainly as a result of lowering the percentage of chicks being produced with poorly healed navels and red hocks.

Without access to post-hatchery data, we cannot support the hypothesis that broiler growers would also see improvements in terms of reduced mortality and improved feed conversion ratios as a result of improved chick quality. But we can certainly assume decreased mortality during the first week.

And this hatchery manager’s experience shows us once again that investing a little time in checking and improving chick quality soon pays dividends.

An average hatchability of 82 per cent against eggs set is a respectable percentage, but there is still plenty of room for improvement.

Let’s look at the economic consequences of improving hatchability by even just one per cent. One incubator with a capacity of 115,200 eggs in single stage operation is used 17 times per year. Assuming a one per cent improvement of saleable chicks, from 82p.c. to 83 per cent this single machine will produce 115,200 x 17 x 1% = 19,584 more saleable broilers per machine, per year. If we assume a day old chick price of €0.25, this equates to an increase in income of almost €5,000 from one single machine!

And sure enough, several weeks after my first visit, I had the opportunity to speak with the hatchery manager again, when he told me that the increase in hatchability had been sustained, increasing the hatchery’s income by approximately € 60.000,00 per year!

Advances in hatchery technology have brought us a long way toward recreating optimum conditions for the most successful incubation programmes. But there is no substitute for the knowledge and experience that comes from observing the process and the resulting chicks. In this way, any problems are quickly identified – and the hatchery will reap the economic benefits of that vigilance.