Poor performance due to transportation! 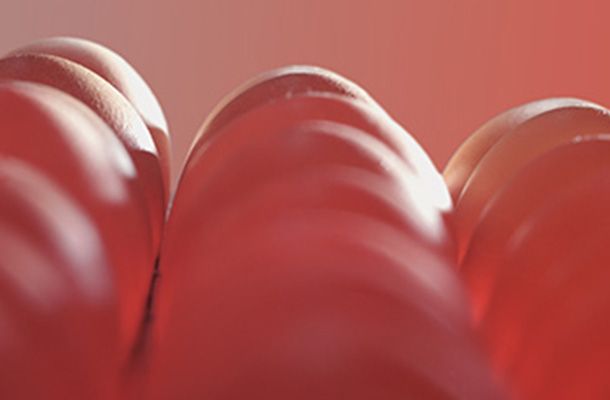 During one of my recent trips to the southern Americas, I visited a hatchery that overall was achieving pretty good results. Yet despite average hatchability being well within the ‘normal’ range, the hatchery’s managers were not entirely satisfied with performance - and on investigation, it was not difficult to understand why.

Even though operating within what is usually regarded as the ‘norm’, hatchability was in fact highly variable, leading too frequently to either an oversupply – or worse – a shortage, of day olds chicks for this commercial hatchery.

Predictions were based on the hatchery’s experience of working with a specific breeder flock, with age-related data and the results of egg analysis during candling to base order planning on.

At first sight, we could not really see where the problem lay. Hatchery management was apparently in good hands – and incubation settings, duration and climate conditions also looked fine.

But after speaking with some of the hatchery’s employees, the problem started to unravel. The largest variations, sometimes down to as much as 10 per cent below predicted hatchability, seemed to be occurring in particular batches of eggs from the same breeder farms.

Plant employees told me that often they knew which eggs were going to show poor results, based on their candling data. A break out analysis was carried out as standard on approx. 5 per cent of candled eggs at day 18, thereby recording the stage at which the embryos died.

Most of the time, I was told, many eggs from the ‘bad batches’ appeared to be fertile, but were found to contain embryos that had died in a very early stage.

As the hatchery did not usually need to store the eggs, the hatchery manager handed me his listed registrations of transport conditions. Most of the 6-8 hour journeys were undertaken at night by trucks without air conditioning or any other climatic controls. The conditions of most roads traveled during these journeys were, he told me, reasonably good in this part of the country. But the climate also created a challenge. While night-time traveling was often cooler, outside temperatures were variable - and it was not uncommon to see temperatures of up to 25°C in the morning, when the trucks arrived at the hatchery.

Although data on the temperature of eggs upon departure from the breeder house and upon arrival at the hatchery was provided, registrations of conditions during actual transportation were lacking. Egg temperatures on arrival varied between 18-23°C, which is certainly too large a variation. But even this did not fully explain the exceptionally poor hatchability in certain batches.

Closer investigation revealed that these particularly large variations in temperature occurred in batches of eggs produced in a minority of the breeder farms, all of which were located in the same part of the country.

These eggs traveled roughly the same distance as other batches, and likewise - there were no registrations of the transport, nor any logged egg temperature data from departure at the farm. Road conditions in this particular area were actually very poor: in some places, the road was not paved or surfaced - and in particular, it was noted by my hatchery colleagues that the entranceways to the breeder farms in this area were often extremely rough and uneven.

It became clear that, without exception, every one of the batches delivering poor hatchability had one interesting factor in common: all these eggs had been transported by the same driver. Before long, we also discovered that this particular driver was especially sociable - visiting with people along the way, while his precious cargo - the hatching eggs – languished in his parked truck!

Yet again, I was reminded how - when looking for reasons behind poor performance in some instances – the answer can sometimes be so simple as to be very easily overlooked. And this case reminded me of some very important – and too often forgotten - issues.

There is little sense in producing high quality hatching eggs - to then undermine their quality by transporting them in unconditioned trucks, on poor roads with unnecessary delays. The importance of egg transportation cannot be underestimated, especially on longer journeys.

My recommendations focused around maintaining temperature at between 16-18°C inside the truck or trailer during transit and preventing abrupt temperature variations or shocks. It is important to ensure that sufficient, temperature controlled air is circulated evenly in the cargo area around the eggs.

Both the eggshell and the embryo are extremely vulnerable to shocks and jolts. Using trucks with effective suspension systems provides an excellent barrier to losses from damage during transit. And where necessary, we advised our customer to level and pave or otherwise surface rough areas around the farms. We also advised that equally, packaging material must be shock proof.

Further advice included recording egg temperature not only on departure and arrival  - but also during transportation.  On arrival, it is wise to allow the eggs around 12 hours at rest before starting the incubation process.

In the hatchery business, a company’s drivers are its ambassadors. Truck drivers should understand the importance of quality when transporting their precious cargo. So we suggested that our customer explain to his drivers how their job affects not only the embryo, but also the impact this could have on the success of his and his customers’ companies. Stop-overs or unscheduled/unofficial delays during each trip must be prohibited for the good of the eggs.

Large variations in hatchability always have a root cause! And as a rule, ignoring such variations - or any other failing in performance - will not improve your results.

This sociable driver had to transport eggs from a remote area every four weeks. For the sake of calculating the impact of his ‘unscheduled delays’, let’s assume a loss of 5 per cent  hatchability due to the combination of bad roads, rough driving conditions and delays. The unventilated truck he was driving had a capacity of 60,000 eggs. In this region of South America, the day old chick price fluctuated around $0,25, which equates to a cost of 13 x 0,05 x 60,000 x $0,25 = a total cost to their business of $ 9.750 each year!

In this particular case, the manager of this South American hatchery decided to start with the least expensive measure: investing time in training the company’s truck drivers, teaching  them the importance of time-sensitivity in the job they do – and how their work influences the results of the company. With these measures in place, average hatchability in breeder flocks located in this remote area increased by about 2 per cent in the following months – and the company is now discussing investment in air-conditioned vehicles.