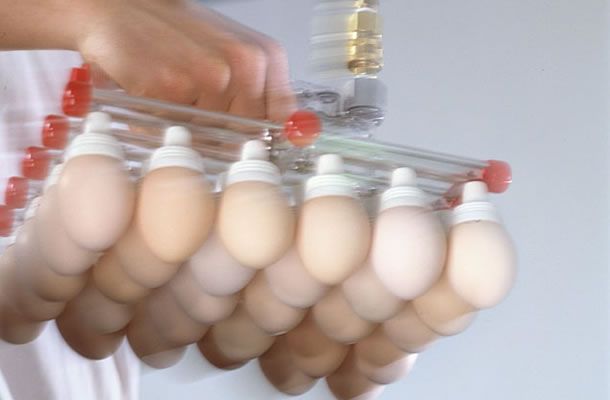 Prior to an Agricultural Trade Show in the Middle East recently, l was invited to visit a large, local poultry integration. On meeting at the company’s City Office, the CEO told me that their hatchery operation employed pretty old machines. Hatching eggs were produced at their own broiler breeder farms, all of which were doing fine, but the hatchery was not doing so well. He explained that early embryonic mortality was the greatest problem, with figures up to 20% of eggs set.

The CEO wanted me to have a look in the hatchery to find out what exactly was causing this problem - and as this case interested me, I did not need to be persuaded. We agreed that following my visit to the hatchery, we would meet later that week at the exhibition, where I would inform him about my findings.

The hatchery was a short drive away from the city, but with good air conditioning, it was a pleasant drive. After an hour or so the driver announced “we are nearly there” while leaving the main road and turning into a gravel road leading into the desert. This road had a “washboard-like” appearance, causing a very regular up-and-down movement of the car - and causing a tough strain on my inners. Thinking about the CEO’s words, I wondered if I had discovered the cause of poor hatchery performance before even entering the hatchery! The fastest way to spoil a hatching egg is to give it one or two sudden shakes, while holding it between your thumb and index finger.

In the hatchery I was welcomed by the hatchery manager, who took me directly to the chick handling room, where take-off was in full progress. I asked him to put a few hatcher baskets aside with unhatched eggs. Chick quality appeared rather good and based on a random sample of the batch they were working on, a breeder flock of 42 weeks of age, I found an average PasgarScore of 9, which confirmed my first observation.  While counting the unhatched eggs in the baskets they put aside for me, the hatchery manager explained that candling was only done on a sample basis and that these eggs had not been candled. I came to an average of 40 unhatched eggs per 150 eggs set (27 %) and an egg-break out revealed only eight late dead embryo’s and two rotten eggs. Fertility was good; the majority of eggs showed signs of early embryonic mortality with enlarged white membranes and in some cases a blood ring and an occasional black eye. The hatchery manager agreed with these findings, as he got comparable results from candling.

Increasingly I believed the problem was not situated in the hatchery, at least not in the setters and hatchers. I suggested following the route the eggs travelled from the moment they arrived in the hatchery until placement in the setter. Twice each week, pulp trays full of eggs and packed into carton boxes were brought in from the breeder houses in a climate controlled truck. On arrival in the hatchery, they were placed on setter trays. I observed this activity for a while and concluded that on average 3 – 4 eggs per setter tray of 150 eggs were removed because of visible hair cracks: approximately 2.5%. Thereafter eggs were placed in the storage room. An egg breakout in the storage room of six eggs from several batches each time revealed one egg with an excessively large germinal disc, indicating that embryonic development had advanced too far at the breeder farm. I asked the hatchery manager to explain the fumigation procedure and all seemed fine. By chance however, I took off my hairnet while the hatchery manager switched on the recirculation fan and did not detect any air movement. A technician was called upon to investigate, and discovered that the poles were wrongly attached, causing the fan to suck instead of blowing. This could cause poor formalin distribution - and I observed too that the opening for fresh air was too small, causing prolonged exposure time to formalin that would exceed the maximum recommendation of 20 minutes.

To conclude my investigation, I had a brief visit to the parent stock farm, 40 kilometres away from the hatchery, to study the egg handling procedure. The breeder houses were equipped with 2-level litter nests that were generally clean, with a small incidence of floor eggs. During my visit, the nests at the lower level were quite full with an average of 6 – 8 eggs, whereas the nests on the top level were practically empty. It was very difficult for hens to access top level nests, as the majority of the perches were broken or even missing.

In the central egg handling room, I saw how the workers packed stacks of filled pulp trays in carton boxes.

But the biggest surprise was waiting for me when I looked in the actual farm store. Here, I stepped into about 10 cm water and found the egg boxes stacked together alongside the wall on a slatted floor. The water was just a few centimetres away from the bottom of the lowest boxes - and these boxes were soft and soggy, collapsing under the weight placed on top of them. I asked permission to open a few boxes, which had been placed earlier that morning - and while opening them, felt the warmth on my face. Obviously eggs were placed into boxes before they had cooled down sufficiently, causing the embryos to develop too far.

Later at the exhibition, I shared my observations with the company’s CEO, explaining to him that his hatchery manager and staff were doing a great job with the eggs they received. The real problem lay in the management of the eggs from breeder farm to setter.

With improved egg management, it would, I advised, be realistic to expect an increase in hatchability of  5%, while at the same time reducing the incidence of hair cracks by 2% to 0.5%. With a chick price of € 0.25 and a hatching egg price of € 0.15 for his 80 million eggs per year operation, this produced the following forecast:

We agreed this represented substantial increases on the hatchery’s bottomline - and more than justified investment in an improved hatchery access road.