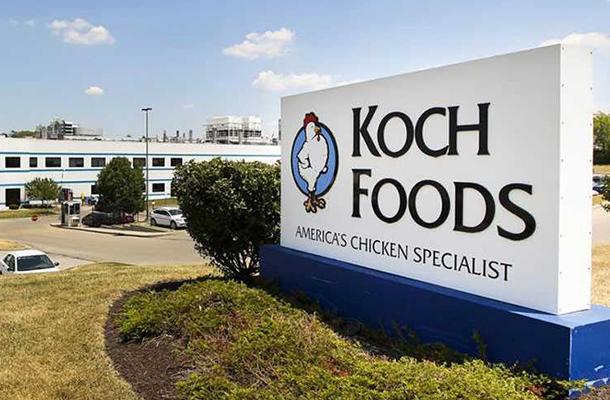 Chicago-based Koch foods, the USA’s fifth largest poultry integrator has chosen to work with Pas Reform and NatureForm, the world’s only single-source supplier of integrated hatchery solutions, to expand their hatchery at Crossville, Alabama. The news comes following an eighteen month trial at the company’s Henagar operation.

With a current weekly processing capacity of 14 million broilers, Koch Foods is starting its extensive renovation project at its Crossville hatchery in Alabama, where adding 48 SmartSetPro™ setters and 48 SmartHatchPro™ hatchers will increase capacity by 2.1 million eggs set per week, to bring total weekly capacity at this hatchery alone up 3.8 million eggs.

Koch Foods is, says NatureForm’s president Steve Warren, fully accessing his company’s single-source capabilities. This include a complete HVAC system for both the new expansion and the egg and chick handling areas as well as chillers, pressure controls and humidification system, for a state-of-the-art climate control system throughout the hatchery.

Don Davis, Complex Manager at Koch Foods, comments: “We have worked with NatureForm for many years now and were always of a mind to change over to single-stage incubation. Our goal is to put the absolute best chick possible in the field. So, we started trials with Pas Reform single-stage equipment in our Henagar operation and the results have clearly shown the advantages of the SmartPro™ system. This is the main reason we decided to proceed with Pas Reform and NatureForm.”

Gary Davis, Vice President Eastern Division at Koch Foods, adds: “We were also very impressed by the dedication and expertise of their team during both the trial period and the discussions of the new project. It has become our firm belief that NatureForm and Pas Reform have the best team on the ground in the USA.”

Steve Warren remarks: “We have worked with Gary Davis and his team for many years now and we are extremely proud of earning the confidence and trust of Koch Foods.” Bouke Hamminga, Director international sales and business development at Pas Reform, concludes: “This is a major milestone in Pas Reform’s quest to truly become a world player and the world’s first and only single-source supplier of fully integrated hatchery solutions.

“We are achieving this with robust, high quality technical and equipment solutions, but also with the introduction of a brand new, 360-degree approach to service and support - SmartCare™ - that is leading the way in our industry for delivering exactly the levels of support our customers need.

“We have seen how this matters to our customers – and as hatcheries increase in size and complexity, it will become pivotal to the future of our business. We look forward to building a long-lasting partnership with Koch Foods over the coming years.”

Construction is now underway at Crossville, where the first chicks from the expanded hatchery are expected in June 2018.