Fine-tuning for results. Experience pays off! 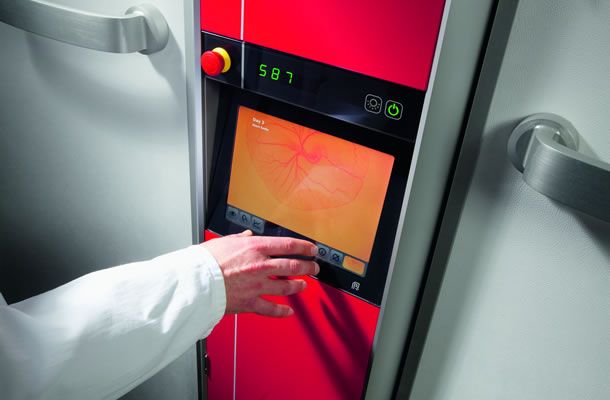 Visiting new customers after the installation of their hatchery equipment is an important and enjoyable part of my day-to-day role. These visits are always most productive when the hatchery has already run several hatch cycles to their own parameters. Questions flow more readily – and I can actively help to improve hatchery results.

One of these visits recently brought me to a newly established GPS hatchery in Eastern Europe. Here the hatchery manager and several of his staff accompanied me on a tour of the hatchery, eager to learn how they were doing with their new equipment.

While we walked, they explained their working routine. Eggs arrived from the GPS farms every day. Those from the male line were placed on setter trays of which the front and back was painted red. There were fewer eggs in the store room than I would normally expect for a hatchery of this capacity. But this new operation was still in its start-up phase, with just three GPS flocks in production.

Accordingly, when we reached the setter room, the setters where only partially filled - sometimes only to 50% capacity - with both male and female line eggs, from young and old flocks, stored from 10 to two days in one setter.

Looking at the setter program, I was surprised to find temperature set points during the final days of the cycle - say day 12 onwards – were much lower than generally recommended. Of course, recommendations are only a guideline. But these low temperatures looked especially strange because the setters were not full. The hatchery staff explained that set points were low because there had been a complaint about high first week mortality, caused – they believed - by overheated embryos in the setter. However when we measured egg shell temperatures, we found them to be significantly lower than advised in different setters with incubation times ranging from 12 to 18 days.

In the hatcher room, a highly motivated lady with responsibility for the hatcher operation told me that after transfer, she started the hatchers 1ºF higher than normal. Set point was not reduced until the day before chick take-off, she explained, to avoid delaying the hatch – as had been experienced previously. As this lady was only responsible for the hatchers - and to avoid a late hatch (remember that hatch day in a GPS hatchery produces a lot of work e.g. sexing, Marek vaccination, toe cutting etc.!) - this seemed to be a good decision, to counter reduced temperature in the setter.

A day later, during the hatch - and with all the above taken into consideration - results were acceptable. But still, there were unhatched eggs with too much liquid inside and the chicks presented rather large bellies with poor navels.

I suggested using a different incubation program with elevated set points, in one machine only. I explained how to adjust these set points using average egg shell temperatures, which should be taken daily for the time being, to provide experience.

For the hatcher, I advised a flatter temperature profile, lower than currently applied. Hatcher temperature should only be reduced by 0.2 - then if necessary by a further 0.3 ºF, if completely dry, panting chicks are observed.

When my visit came to an end, the hatchery manager agreed to keep me informed about results after I had left. To their surprise, and in addition to the already elevated temperatures suggested, they had to raise set points during the last three days in the setter by 0.5 ºF. Hatchability increased by 2% in the first hatch using the new set points. And as importantly, chick quality was much better – a factor happily confirmed by the receiving farms. The relatively inexperienced hatchery staff was very pleased with this result: it brought a welcome restoration of confidence and improved awareness in the hatchery.

Improved hatchability of 2% in a GPS hatchery produces 1% more female chicks. If improved chick quality resulted in 5% more saleable female PS and 0.5 % less first week mortality in the PS farm, the economic effect of finetuning the incubation temperature can be calculated as follows:

As time goes on and more GPS-flocks come into production in this hatchery, life will become easier for the hatchery staff. The setters will be loaded (closer) to capacity and batches of eggs will be more uniform in maternal age and storage days.

The experience gained during this start-up phase will be of enormous benefit – and in the near future. In a GPS-hatchery – it’s never possible to fully depend on a routine. But with experience of what to look for in the chicks - and how to respond in incubation programming - it becomes much easier to finetune machine set points with confidence, and quickly make decisions that make all the difference between a good hatchery – and a great one!