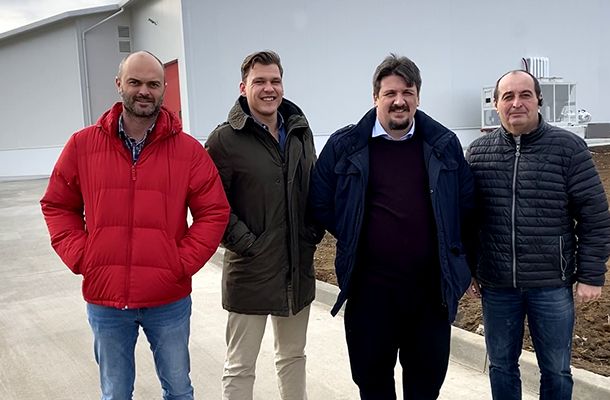 Ameta is one of Bulgaria’s largest food companies and a leader in poultry meat production. Part of the German PHW Group, the company supplies a comprehensive range of primarily fresh chicken-meat products, together with some frozen, for both the domestic market and for export throughout the European Union.

Ameta is in a process of integrating new facilities in the northeast part of Bulgaria – to provide the business with further expansion opportunities for the coming years. Construction of its greenfield ‘White Pines’ hatchery, near Razgrad, started in 2018 and it was commissioned at the end of 2019.

The facility is fitted with a range of Royal Pas Reform’s integrated hatchery systems and equipment, including SmartSetPro™ setters, with a capacity of 124.416 eggs each, and SmartHatchPro™ hatchers, with a capacity of 20.736 eggs each. Also installed is an egg setting line, chick-counting and boxing systems, inline washing machines and a vacuum waste system. Royal Pas Reform also designed and engineered the plant’s HVAC system.

This is Ameta’s second hatchery project with Royal Pas Reform. The first, a 3-stage expansion in Kamchia Shumen, was started in 2007 and completed in 2012.

“In Ameta, we control all the different levels, with the primary goal of delivering the best product to match our customers’ requirements. We do not make compromises at any stage of the production process and we take pride in on-time execution of orders and delivery.”

Ameta is one of the largest fully-integrated poultry processing and distribution companies in south-eastern Europe. It operates a processing plant, feed-mill, hatchery and breeder and broiler farms. Significant part of its production is exported to Greece, Romania, Italy, Macedonia, the UK and Cyprus. Ameta also supplies the major retailers in Bulgaria, restaurants and meat processors.

“We are delighted to be working with Ameta again," says Niels Stam, Sales Director at Royal Pas Reform. “They are a progressive and quality led business and our integrated hatchery solution has provided them with optimized production efficiency that delivers the highest number of best quality chicks – to combine superior performance and profitability.”