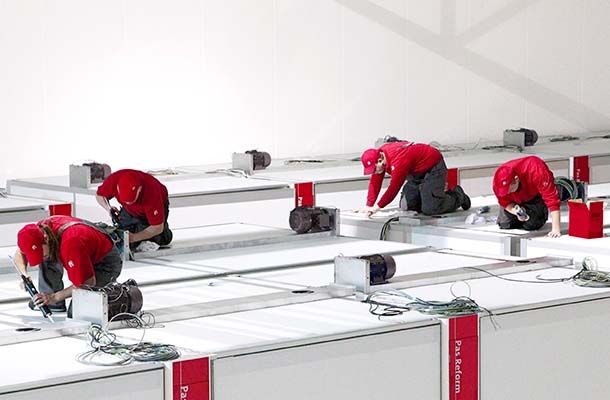 The latest chapter in the development story of long-established Canadian broiler hatchery Couvoir Côté was written this year, when the formerly family run business both completed a major single-stage renovation and expansion project and also joined the Sollio Agriculture cooperative.

Royal Pas Reform was chosen as the development partner for the hatchery, based in Ange-Gardien, Québec, which has been operating for over 40 years. The installation included 12 SmartSetPro™ 2 incubators, 12 SmartSetPro™ 4 incubators, and 14 SmartHatchPro™ hatchers.

“With this capacity we can produce 400,000 broilers per week for the Québec market split over two weekly hatches,” says Sebastien Turner, hatchery operations director at Couvoir Côté. “The actual expansion even has some extra space – to have extra capacity if we need in years to come.”

In addition to the new setting and hatching facility, the project also overhauled the entire hatchery climate-control system – with air-handling units using 100% fresh air, and thus eliminating the need for air recirculation in air ducts in the hatchery. A completely new chilled-water system was also part of the new operation.

The majority of the hatchery automation was also replaced. Stackers, de-stackers, a new transfer, candling and clear-egg removal unit formed part of the project. New washing machines, a vacuum system and a farm-trolley to setter-trolley de-stacker-stacker were also included.

The entire operation is connected via a SmartCenterPro™ computer and hatchery management software package – which allows for analysis of results and programs from Côté’s office in Ange-Gardien, and remotely from Zeddam, The Netherlands, or Jacksonville, Florida. A five year SmartCare™ preventive maintenance and hatchery support contract is also included in the project.

Ghislain Gervais, president of the Sollio Groupe Coopératif, Canada’s largest agri-business cooperative, and Sollio Agriculture’s parent organisation said that the acquisition of Couvoir Côté gives the group the strength to extend its position as preferred partner for the Quebec poultry industry.

Warmest season’s greetings from everyone at Royal Pas Reform