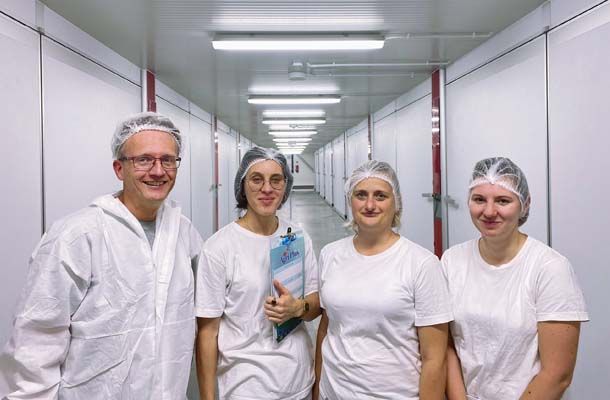 Poland-based Agri Plus Sp. z o.o. recently started production at its new greenfield broiler hatchery in the city of Mońki. Agri Plus is part of Smithfield Foods, which since September 2013, together with the WH Group, creates a company that is the largest pork producer in the world. Agri Plus is engaged in the production of pigs, poultry and feed.

The hatchery is covered by a preventive maintenance program, delivered by Polish technicians, and a SmartCare™ service program – which now covers all the three of Agri Plus’s sites in Poland. Expert advice is provided by Royal Pas Reform’s incubation consultants.

The facility was already working with 25 year-old Pas Reform incubators and the appointment followed two successful earlier projects with Agri Plus broiler and goose hatcheries in Bielsk Podlaski and Sokolka.

Since 2018, Agri Plus has been developing broiler breeding based on its own model of “Farm Fattening”. It is a safe and stable cooperation offer for Polish breeders.

Kamila Kiczuk, head of all hatchery activities for Agri Plus in Poland, says: “There were several reasons why we chose Royal Pas Reform for our expansion project. Its strong local presence and knowledge, our existing relationship and the results of previous projects were all significant trust factors that contributed to our decision. It is also able to supply spare parts rapidly from its warehouse near Gdansk.

“Also, in previous projects, hatchery automation came from different suppliers. Agri Plus was not pleased with the outcomes, since it could not fully connect all equipment into one central operating computer. Now we can, with the performance efficiency and optimization this gives us.”

Niels Stam, Sales Director Eastern Europe, comments: “We are delighted to extend and deepen our long-lasting relationship with Agri Plus, which is a major European and international poultry producer. Our appointment demonstrates the value our customers place in our integrated market expertise across the board – from design and installation, to service, maintenance and on-going consultancy.”

Warmest season’s greetings from everyone at Royal Pas Reform